The Proven 5-Step System that Helps You Finally Get Your Sh*t Together so You Can Start Living Happier, Healthier, & More Fulfilled 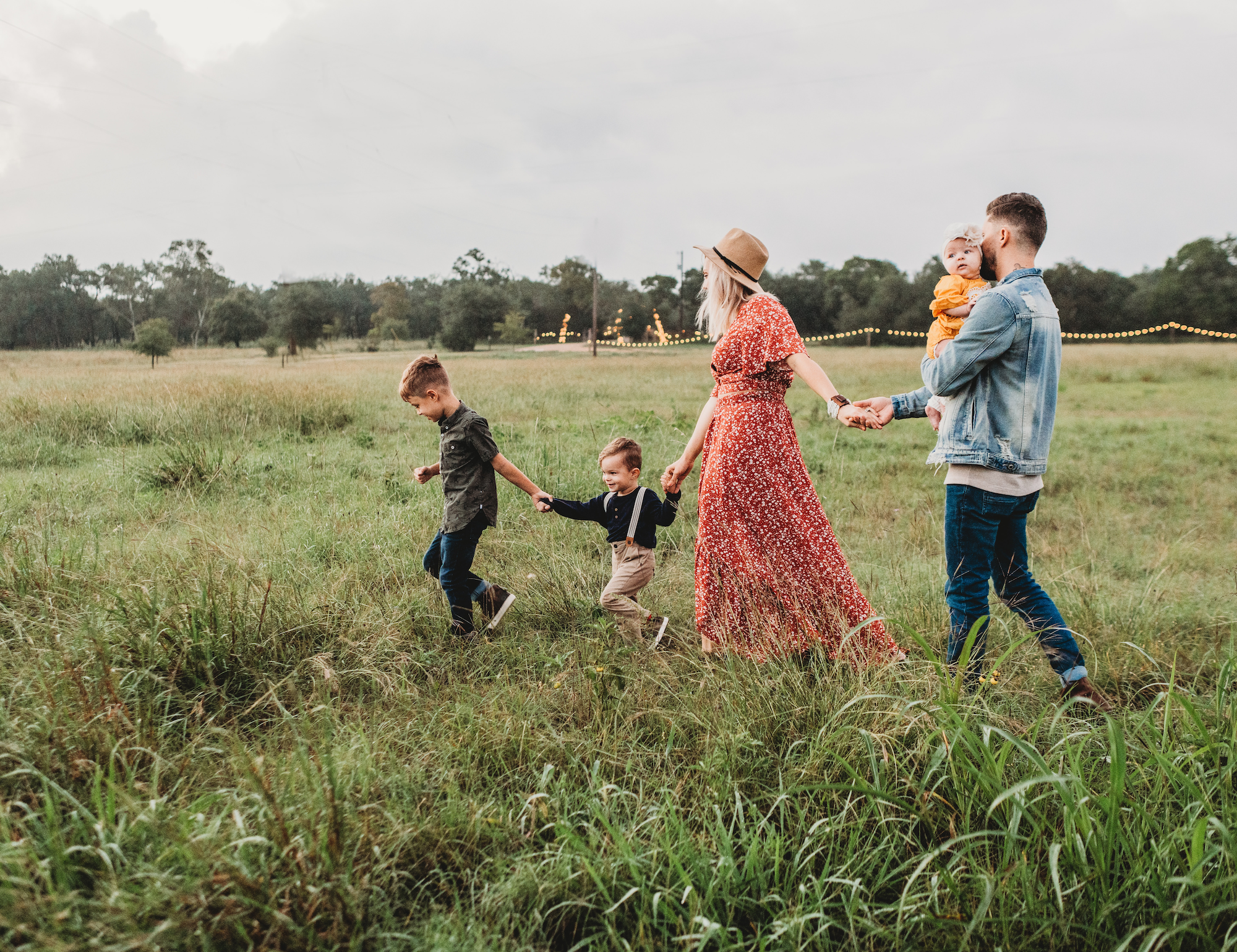 Are you struggling to do all the things?

Like ... excel at your career, maintain a social life, drink enough water, exercise, text everyone back, support a thriving family, basically survive each day and also be incredibly HAPPY?

As if balance wasn't already an altogether elusive state to reach, 2020 came along and threw another wrench in the already fragile system. Who are these people that made it through life (and even a pandemic) still smiling, still happy, still fulfilled? How do they do it? And what's their secret?

Hi, my name is Nichoel Jurgens.

Owner of The Aggressive Lifecoach and author of The 5-Step Life Accelerator.

I spent a large portion of my adult life as a professional poker player (almost 17 years to be exact). Then the pandemic hit, quarantine and lockdowns closed every casino and poker room, and life as I knew it was turned upside down.

I spent a lot of time spinning my wheels, feeling sorry for myself, and unable to figure out how I was going to move forward.

But to be honest ... I had been wanting something more, wanting to do something different, for quite some time before the pandemic. In fact, I was already at the point in my life where I was failing to thrive in what would otherwise appear to be a good life.

It didn't make any sense. What was wrong with me?

And then I found out their SECRET!

I decided to spend my time in lockdown figuring out how some people were seemingly able to "have it all". What is it that they do differently? How was it that while the rest of us are feeling stressed out, anxious, and overwhelmed while just going through the motions in life, they were able to live the life they wanted now (not just when they retired)?

And do you know what I found out?

There is one simple thing that successful people do differently. And it's so simple and mind-boggling that it's hard to believe.

The greatest predictor of having a successful life (however you define success), is simply planning for it.

I couldn't believe it at first. Maybe I didn't want to believe it. I had spent the entirety of my life preferring spontaneity to planning. I even fondly refer to myself as a "multi-passionate Earthling", and as such, it was hard for me to narrow down all the things I wanted to do in life into one cohesive little plan.

And that was exactly the problem!

As I studied more and more "high-achievers" or well-known "successful" people, I learned that each and every one of them, without a doubt:

Understood their values and what they stood for (and lived in aligment with them).

Had a vision for their life of what they were working towards and where they were going.

Had goals that helped them take small, continuous actions daily towards achieving their vision.

It was no wonder I was constantly stuck in life. I had no idea of what I stood for, what I even truly wanted, or a plan for how I was going to get it.

Moreover, as I did more research it became adundantly clear that planning (sometimes intense and intricate planning, even) is used for every major milestone in our lives.

You plan for your death by creating a living will or trust.

You spend days planning for parties such as birthdays or sporting events.

You spend weeks preparing for and planning vacations and trips.

You spend months (if not years) planning for weddings.

I then asked myself the million dollar question:

Why create a plan for all of these things, but not one for your life?

Could it be, that just like having a great wedding celebration, or an amazing cross-country trip, if you want to have a happy and successful life, you need to have a clear plan to do so?

I had to find out.

Putting the SECRET to the test.

It was time for me to get serious about what was next. I sat down and began to follow in the footsteps of those I admired most and started to create a plan for my life.

When I was done, I put the word out on social media that I wanted to test out this "secret" by assisting others in creating their own plan.

(If you want to watch that unscripted, and perhaps a bit cringeworthy video, you can check it out below.)

As I worked with my new volunteers, I started breaking down the "secret" into a step-by-step process that can be replicated time and time again, for anyone looking to finally get their sh*t together so they also can start living happier, healthier, and more fulfilled.

And today, I'm excited to announce that 5-Step System is ready for release.

The 5-Step Life Accelerlator is a program (eBook and Workbook) which will help you build a better plan for your life. It's your roadmap, if you will, to your future. It's your way out of the mundane and the stuck and the feelings of being lost. It's the SECRET to having a happy and successful life.

This program has already helped myself and others create a plan for our lives that we can be proud of. It has helped us find that ever-elusive balance without the nervous breakdown from the stress of trying to "do it all".

The PROOF is in the PUDDING.

Some of the results from that initial experiment:

Sara was feeling stressed out and overwhelmed, every ... single ...day. She wanted more from her life but she was finding it so hard to see a way out of the status quo, while mostly just trying to survive day to day life.

Today, Sara feels a sense of purpose in her life and it largely minimizes the stress and the overwhelm. She sees each day as a new opportunity to continually build a life that makes her feel happy and successful, rather then "just trying to survive".

You know my initial story. So what did this program do for me? EVERYTHING!

Through creating (and then following) the steps in The 5-Step Life Accelerator I was able to determine that I wanted a future that aligned with my values, one of which was freedom. I wanted an occupation that allowed me the freedom to work when and where I wanted. And as much as I had adored playing poker for a living for so many years, I also learned that I wanted to do something for a living that provided more meaning to my life, something that allowed me to give back or to help/serve others.

I was able to see that I wanted to become a life and business coach and help people as they make major transitions in their life, as I have in mine. This program provided me with the clarity I needed to be able to move forward in life instead of remaining stuck and overwhelmed and stressed out.

Without this program (which helped me finally getting my sh*t together) I wouldn’t be here right now, sharing what I’ve learned with you. I wouldn’t be living a life that affords me the freedom to work when I want and from where I want. I would more than likely be working a job I didn’t care for or that wasn’t fulfilling. And mostly I would more than likely still be feeling stuck and unsatisfied with my life (as it wasn’t aligned with what I truly wanted).

Here is everything you get when you buy The 5-Step Life Accelerator program today.

The 5-Step Life Accelerator eBook. A proven program, handmade and thoroughly tested. Through this book you'll learn the 5 steps needed to create your roadmap out of the status quo and into a happier, healthier, and more fulfilling future.

The 5-Step Life Accelerator Workbook. The necessary companion to the eBook to ensure that by doing the work, you too can finally get your sh*t together.

Savings of countless $1,000s off the wine/beer and Netflix subscriptions that you will no longer need to distract yourself from your stressful and overwhelming and/or unfulfilling life.

Savings of countless $1,000s more in coaching and personal development. Every purchase of this program comes with a 50% coupon for ANY of my coaching packages (even including my Professional Go-Getter 6 Month Package, which is a savings of almost $5k!). I do this for one reason and one reason only - I firmly believe that anyone that completes this system and creates their own plan for their life, and then wants to even take it a step further and receive personal coaching to ensure accountability on their path towards a successful future is someone I want to work with.

Ready to finally get your sh*t together?

Ready to join the ranks of those elusive elite that not only excel at their career and maintain a social life, but also make priority time for their family and their own health and personal development?

Ready to not just survive, but to THRIVE?